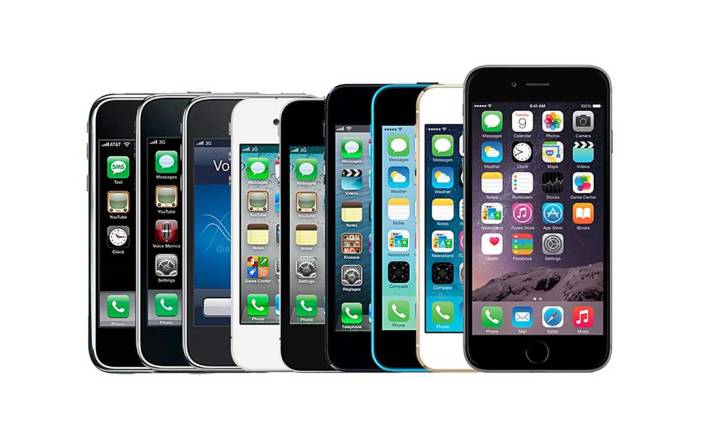 The original Apple iPhone, released in 2007

The original Apple iPhone was introduced in 2007. The first design featured the trademark home button, a metal rear casing, and a 3.5-inch capacitive touchscreen display. It featured a 400 MHz CPU and 128 MB of RAM. It had Wi-Fi (supported 802.11b/g) and Bluetooth 2.0.

A 2-megapixel camera was out back, and the phones were available in 4, 8, and 16 GB flavors. The phones ran OSX and offered a claimed talk time of 8 hours (250 hours standby). The original iPhone was a bestseller and was the largest breakthrough in cellular phones since the original Motorola DynaTAC ‘brick phone.’

All models of the original iPhone were discontinued in June 2008 with the release of the iPhone 3G.

The second iPhone was the iPhone 3G, so named because it introduced 3G connectivity to cell phone users. The other significant feature was the addition of a built-in GPS. The 3G chassis was fattened and rounded to accommodate the larger antenna, and the backing was plastic as opposed to the original’s metal rear.

The iPhone 3G users used iOS 2.0 with a 400 MHz processor, and for the first time the phone shipped with ability to run 3rd party apps and games in the advent of the ‘jailbroken’ era of iPhones. All 3G iPhones were discontinued in June 2009 following the release of the 3GS except for a price-leader, 8 GB model which sold (with 2-year contract) for $99 until June 2010.

An iterative upgrade (but the longest-serving iPhone), the 3GS had minimal physical changes to the 3G. Upgrades were more plentiful on the hardware & software side: iOS 3.0 was introduced and the phone had a faster CPU (600 MHz vs. 400 MHz).

The 3GS was the first iPhone to appear in a color other than black (white), and it was the first to allow 3rd party apps and games. It added a voice control feature and a 3.15-megapixel camera added video recording capability.

When the iPhone 4 was introduced in 2010, an 8 GB version of the 3GS was sold alongside the 4 as the less-expensive option. Plan-subsidized 8 GB 3GS phones were free from October 2010 until the phone was discontinued in September of 2012. 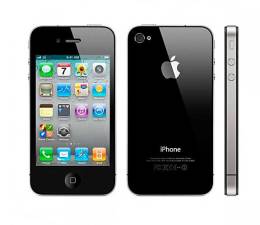 The 4 was the first major redesign of the iPhone since its 2007 debut. Corners and edges were squared off compared to the more round iPhone 3G/3GS. The iPhone 4 was made of stainless steel and both the front and back were covered in glass. The iPhone 4 still had the 3.5-inch display, but it introduced the first ‘Retina’ display on an iPhone, doubling the phone’s resolution.

The iPhone 4 was upgraded to an 800 MHz processor and a 5-megapixel camera with LED flash. It also introduced Apple’s first forward-facing 1.2-megapixel camera for FaceTime. After the iPhone 4s was introduced in October of 2011, the iPhone 4 was sold for less money as the cheaper option, and in October 2011 an 8 GB model was offered. In September of 2012 the subsidized price dropped to zero, and the phone was discontinued in September of 2013.

The Apple iPhone 4s was released in 2011

Like the 3GS, the 4s was more of a hardware upgrade over the iPhone 4. Apple claimed a 2x faster CPU and a 9x faster GPU. Notably fixed was the antenna, after the infamous ‘antennagate’ episode with the iPhone 4. In fact, the 4s added CDMA capability which truly made it a “world phone” for the first time.

The 4s improved to a dual-antenna design, gained a faster processor, introduced Bluetooth 4.0 and had a better, 8-megapixel camera with 1080p video capability. It also introduced iOS 5.0 and was the first iPhone to offer a 64 GB version. Despite all the upgrades the most significant addition to the iPhone in the 4s was the introduction of Apple assistant Siri; she made her debut in October 2011.

The iPhone 5, released in 2012, introduced the lightning connector

The iPhone 5 introduced a new aluminum case with a larger, 4-inch display. The phone was taller and thinner than the previous iPhone, and for the first time since the original 2007 iPhone, the screen aspect ratio was changed (from 4:3 to 16:9). Introduced was iOS 7.0, which for users of the larger phone, allowed another row of icons on the home screen.

The smallest and lightest iPhone to date, the 5 boasted an 8-megapixel camera with a sapphire crystal lens cover and an HD FaceTime camera for the front.

The biggest change to the iPhone 5 was loss of Apple’s famous 30-pin dock connector. A new ‘lightning’ connector was smaller and threw the aftermarket iPod and iPhone speaker dock market into a frenzy. The iPhone 5 also shipped with a set of redesigned EarPod headphones and it introduced the 28-megapixel panorama ‘stitch’ feature. The iPhone 5 was discontinued after just a year with the release of the iPhone 5s.

The 5c is often referred to as “the budget iPhone,” yet it has identical components to the iPhone 5 and only sacrifices its metal backing for a less expensive plastic rear.

Most notably, the iPhone 5c introduced new, vivid colors, for the first time giving iPhone users options outside of the usual black and white.

On the hardware side, the 5c introduced users to the 1.3 GHz A6 chip and 1 GB of RAM.  Both models of the iPhone 5c were discontinued in September 2014, and in their place Apple introduced an 8 GB model to fill the budget phone option in Apple’s lineup. 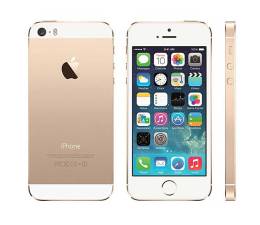 On the 5s hardware was upgraded to the A7 chip and along with the 5c, the 5s iPhone introduced users to iOS 7.0.

The 5s also introduced a 64GB model, which was not available on the 5c. The 64 GB model was dropped in September 2014 with the introduction of the iPhone 6. The 32 GB and 16 GB models were sold at reduced prices for another year. 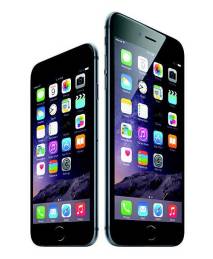 With the iPhone 6 and 6 Plus, Apple offered customers different size options

iPhone 6 Plus introduces users to the 1.4 GHz A8 chip, iOS 8.0, and it includes an 8-megapixel camera with optical image stabilization.

The iPhone 6 was the first iPhone to reach 128 GB in storage capacity, while the 6 Plus, with its larger size and battery, offered the best battery life seen in an iPhone since the original. In size the iPhone 6 Plus is large and establishes itself as Apple’s first entry into the new ‘phablet’ market. 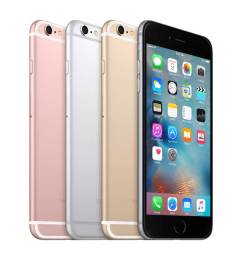 The 6s introduced more colors and upgrades, such as a rose gold color, iOS 9.0, and a 12-megapixel camera (upgraded from the 8-megapixel on the iPhone 6).

The phone uses Apple’s A9 chip and has 2 GB of RAM, the most of any iPhone to date. It also features 3D Touch, which can measure the firmness of user touch and provide haptic feedback. The 6s and 6s Plus also added 4k video recording capability.

The iPhone SE is the successor to the entry-level iPhone 5s, which until the SE had been sold alongside the iPhone 6.

It has the A9 processor and same 12-megapixel camera from the iPhone 6s but lacks the 3D Touch and Touch ID functionality, and the 6’s built-in barometer.

Essentially, the SE combines the smaller 4-inch display of the iPhone 5 with much of the faster hardware in the iPhone 6.

For users who prefer smaller form factor phones, the SE was a popular return to smaller screens.

the iPhone 7 features dual cameras on its backside

The biggest noticeable change to the iPhone 7 was the loss of the headphone jack. To make the iPhone IP67 dust and water-resistant, Apple had to sacrifice the jack. It also allowed Apple to introduce a new product, its ‘Lightning’ EarPods (bluetooth earbuds).

Another major change was the loss of the physical Home button; it has been replaced by a solid-state pressure sensitive touch control connected to a Taptic Engine, which uses haptic feedback to mimic physical button presses.

Antennas were relocated on the 7 and 7 Plus, allowing for a slimmer profile. In addition to the 28mm wide-angle lens on the iPhone 7, the 7 Plus has a second 56mm telephoto lens for better optical zoom. Both phones use a four-LED flash and feature a front-facing, 7-megapixel FaceTime HD camera.

Inside, the phone boasts an A10 ‘fusion’ processor and the back of the phone now sports two cameras. Notably, storage has been boosted: Dropped was the 16 GB phone, and for the first time, a 256 GB storage option was offered. New color ‘Jet Black’ was added as an option – although only available in 128 and 256 GB versions.

The iPhone 7 does away with the headphone jack, forcing users to adopt the bluetooth lightning earpods

2 thoughts on “The Best Quick History of Apple iPhone Generations”